My Progress: I had a frugal day yesterday. I left the house from 9-12 to do dals at Walgreens and one of my grocery stores that is a little further from my house. I was concentrating on ibotta deals and Swagbucks in store deals. Ibotta has a bonus deal going on where if you redeem 30 rebates, you get an extra $10 and I’m almost there. I also wanted to stock up on TP while it’s still available in the store. I like the Walgreens brand and luckily they still had some left, but the shelves are starting to thin out a little. There’s nothing worse than being in quarantine with no TP. Well, there’s worse than that I guess, but it still wouldn’t be good. I was able to get a few packs for FREE after cashing in some rewards points.

I made all meals at home. I had leftover grilled chicken from the night before, so we had soft chicken tacos and they were really good. Kayla had PT, so I took her to that. She’s doing really well with it. I did all of my Bing searches and planned out a CVS shop for today. I have some ECB’s that I need to rollover today before they expire… It’s been really cold here, so I’ve had the heat on. We should be able to get one more inexpensive electric bill this year and that’ll be it. It was nice while it lasted. 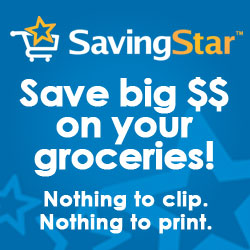